Last Friday vRealize Automation 8.4 was released and we are going to take a look at some of the new features.

The vRO plugin for vRA is back and it seems it is here to stay for good. This is one of the long waited come backs. There are several phases of development for the plugin and what we get now is phase 1 functionalities: 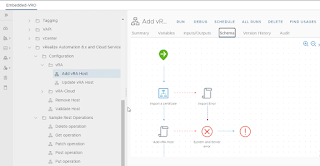 The plugin is supported in vRA 8.3, but it has to be downloaded and installed manually. There seems to be a plan for VRO especially if we look back at support added for other languages such as Node.js, Python and PowerShell.
Storage Enhancements
At storage level there are new features that improve visibility and management:
Deploy multiple disks blueprint: 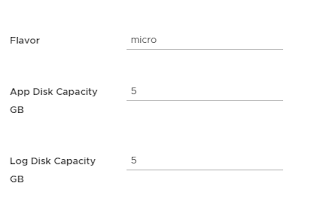 A more detailed article about disk management can be found here
Azure Provisioning Enhancements
A series of new features is available for Azure integration:
ITSM Integration with ServiceNow Enhancements
Foo those of you using ServiceNow as portal new new enhancements are brought for the integration with vRA.
If you are using on-premises ServiceNow the integration this is not yet validated (seems it's on the way though).
Enhancements to Configuration Management Tools
The configuration management eco-system supported with vRA also got its enhancements (Puppet, SaltStack, Ansible)
This was just a short overview of the new features brought in by vRA 8.4. The full list can be read in the release notes.
Posted by razz at 10:24 PM