Recently I went through the process of testing vCenter Server appliance restore in the most unfortunate case when the actual vCenter Server was not there. Since the tests were being done for a prod appliance, it was decided to restore it without connectivity to the network. Let's see how this went on.

Since vCenter is "gone", first thing to do is to directly attach a standalone ESXi host to VBR. The host will be used for restores (this is a good argument for network team's "why do you need connectivity to ESXi, you have vCenter Server"). The process is simple, open VBR console go to Backup Infrastructure and add ESXi host. 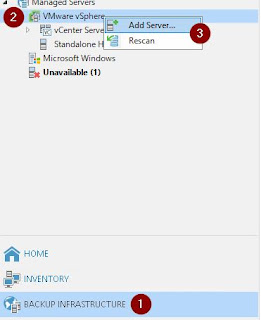 You will need to type in the hostname or IP and root account. Since vCenter Server was not actually gone, we had to use the IP  instead of FQDN as it was seen through the vCenter Server connection with the FQDN.

Next, start the an entire VM restore 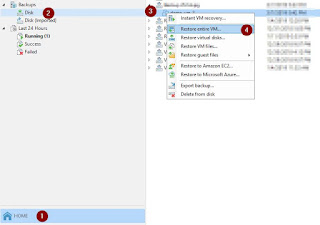 During the restore wizard, select the point in time (by default last one), then select Restore to a different location or with different settings: 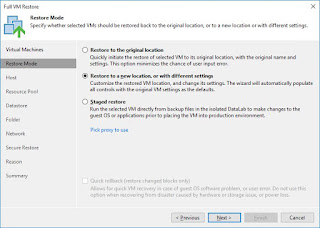 Make sure to select the standalone host: 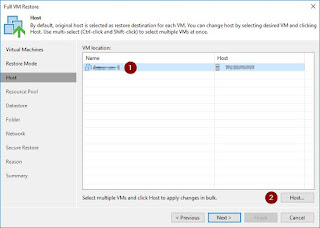 Leave default Resource Pool and datastores, but check the selected datastore has sufficient space. Leave the default folder, however if you still have the source VM change the restored VM's name: 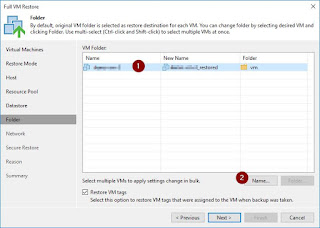 Select the network to connect to. Actually disconnect the network of the restored VM. That was the scenario, right? Since the purpose of this article is not to make you go through the same experience we had, let's not disconnect it. And you will see why immediately: 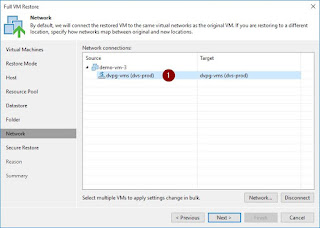 Keep defaults for the next screens and start the restore (without automatically powering on the VM after restore). 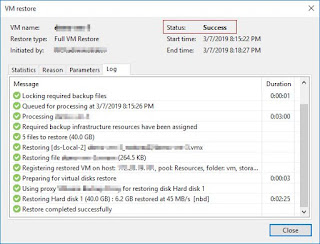 A few minutes later the VM is restored and connected to the distributed port group. 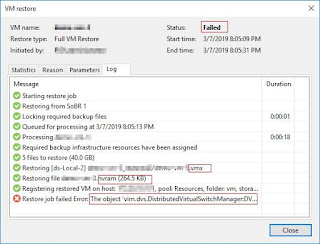 Same error was received trying to connect to a distributed portgroup configured with ephemeral binding. The logs show the restore process actually tries to modify network configuration of an existing VM and that makes it fail when VBR is connected directly to the console.When the portgroup is not changed for the restored VM, then the restore process skips updating network configuration. Of course, updating works with standard switch port group.

In short, the following restore scenarios will work when restoring directly through a standalone host: